The aftermath of the European Magnitsky Act

The Sanctions regime has been a topic of discussions and negotiations for years among the EU institutions and the Member States. On 7 December 2020, the EU Council finally adopted a Regulation establishing the European global human rights sanctions regime, or the so-called “European Magnitsky Act”. 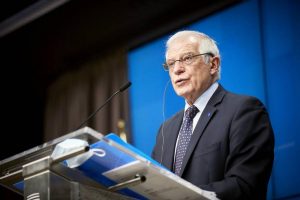 This regulation represents the European counterpart of the US 2016 Magnitsky Act, which succeeds the 2012 Magnitsky Rule of Law Accountability. This act was intended to sanction the Russian officials that were involved in the killing of Russian lawyer Sergei Magnitsky. In 2016 it extended to a comprehensive act that authorizes the US Government to sanction criminals guilty of human rights crimes, freeze their assets and ban them from entering the country.

In the same manner the “EU Regulation concerning restrictive measures against serious human rights violations and abuses” established the global human rights regime for the European Union. This sanctions regime imposes travel bans on individuals, freezing of assets for individuals and entities and also imposes prohibitions for banks or other financial institutions to not make funds and economic resources available to targeted individuals and entities on the sanctions list.

The EU consolidated sanctions list is now also comprised of individuals and entities that are responsible for human rights violations that include genocide, crimes agains humanity, torture, other degrading treatments, slavery, extrajudicial or arbitrary killings, arbitrare arrests or detentions, among others.

If we look at the impact that the european human rights sanction regime has had in the past 6 months, even though it does not replace the national sanctions regime of Member States, it definitely highlights their importance and the urgency of taking action when any human rights violations are taking place.

The first application of the Human Rights Sanctions regime involved Russian officials, responsible for the arrest of the opposition leader and anti-corruption activist Alexei Navalny. On 22 February 2021 the Foreign Affairs Council imposed travel bans and asset freezes on four Russian individuals that have been condemned for “arbitrary arrests […] widespread and systematic repression of freedom of peaceful assembly and association and freedom of opinion and expression in Russia”.

A similar situation involving unlawful arrests was posed in the most recent case, the Belarus – Ryanair incident. On 23 May 2021 a Ryanair plane flying over the territory of Belarus was tricked into a forced landing by the Belarusian authorities, which were looking for dissident journalist Roman Protasevich that is facing the death penalty, in order to detain him. Europe has quickly labeled the incident as a “State hijacking”.

In 2020 under a different sanctions regime entitled “Restrictive measures in respect of Belarus”, the EU has already sanctioned certain individuals that were “responsible for repression and intimidation against demonstrators, opposition members and journalists in the wake of the 2020 presidential election in Belarus”. More specifically 88 individuals and 7 entities are on the EU Sanction List for Belarus. Most importantly this list also includes the President of Belarus, Alexandr Lukashenko, as well as several other political figures.

On top of these sanctions that were taken at the end of 2020, in light of the Ryanair incident the European Council has condemned the forced landing and the detention of journalist Roman Pratasevich. On 4 June 2021, the Council prohibited any aircraft operated by Belarusian airlines to take off, land or fly over the territory of the European Union.

Moreover, in light of the new Human Rights Sanctions Regime the European Parliament is urging the Council to take further action, further targeted economic sanctions, listings of responsible persons and take full advantage of the options set by this new regime.

Through the European Magnitsky Act and the recent developments, the European Union sends a clear message that from now on they will act promptly on any human rights violations and that they will not let any abuses go unnoticed or responsible persons not sanctioned for their actions.