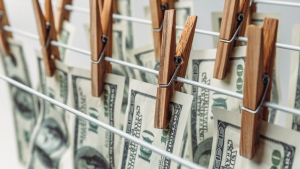 The 6th AML Directive represents a crucial point for the fight against money laundering and terrorist financing, seeking to tighten the grip and create a stricter environment and better enforcement of AML sanctions.

It brings forward four major changes. First, article 2 lays out an exhaustive list of the predicate offences, which represent the underlying criminal activity that led to money laundering. Second, article 4 lists aiding and abetting for the first time as a criminal offence. Third, article 5 sets the minimum sentence for natural persons to 4 years. And fourth, article 7 and 8 extend the criminal liability to legal persons and include sanctions such as criminal fines, on top of the existing administrative fines, exclusion from public benefits, and disqualification from the practice of commercial activities, among others.

Through this new addition the EU seems to be following the local trend of countries such as the United Kingdom, which under the Criminal Finances Act 2017 seeks to impose criminal liability on businesses for failure to prevent tax evasion.

The importance of the new modifications seems to be disregarded by the Member States, which are making virtually no progress in internalizing these changes.

3rd of December 2020 was the date set by the EU Commission when Member States were required to have the 6th AML Directive fully transposed in their national legislation. The reports show us that this goal is nowhere near reality. Until present there are still 8 countries (Belgium, Cyprus, Denmark, Germany, Greece, Ireland, Italy, Luxembourg), almost 30% of the Member States that have taken no measures to implement the 6th AML Directive. And almost all the remaining states have an incomplete transposition with minimal measures taken.

The Directives keep adding up and countries keep lagging behind in updating their legal frameworks, and the response of the European Union is always through punitive infringement actions against the non-conforming countries (e.g., the ECJ fined Ireland € 2 million and Romania € 3 million for delays in transposition of the 4th AML Directive), when it should actually be looking to prevent such delays from happening.

However, the main stakeholders that are affected are not the Member States, but the businesses. If the transposition deadlines are not met, businesses will not have time to get acquainted with the new national legislation and before they realize, they might be missing the implementation deadline set on 3rd of June 2021.

Moreover, in many instances even if the states do transpose the directive, they offer no guidance to private entities for implementation. Without guidance, the private entities are left unprepared in the face of upcoming changes and are most likely to be in breach of the AML Directive. This is especially relevant in light of the new provisions, under which liability is extended to legal persons, and businesses could be prosecuted for their failure to prevent money laundering from happening.

In order to resolve these issues we need to look at the legislative framework.

Legal updates and stricter measures are constantly required when it comes to combating money laundering. However, the infrastructure of the directive, the fact that it has to go through a second filter (transposition), will always make it subject to delays, postponement because of political reasons, national ego, corruption, etc.

The AML Directives bring measures that are too important and urgent, that need to be harmonized and not broken down into 27 countries with 27 different criminal codes and legislations.

A solution that has been in discussion in the European Commission’s Action Plan and that should be followed as soon as possible is changing the nature of the legal act from Directive to Regulation.

A Regulation would mark the importance of Anti Money Laundering measures and would prevent the constant changes between the national legislations of different Member States and the discrepancy between the measures that are being implemented.

Evidently, the Regulation does not make the measures fool-proof, as we can see in the case of GDPR there are still issues in implementation, but it does make the legal framework harmonized, stricter and closer to the desired goal.